Note: Silverberry Romances are not available at this time. I got my publishing rights back from Montana Sky Publishing and I’m waiting for my graphic designer to make brand new covers with my own brand. I’m hoping to republish this trilogy in January 2020. Thanks for reading. And thanks for your patience!

Silverberry Romances are sweet, which means that moms can read them with their pre-teenage and teenage daughters. Judy Pennell and I created  our own town in northern Montana that is close to the mountains. We named our town Silverberry. I wrote three books that revolve around the large Bloom family, with ten siblings. Although I still have seven siblings to go in Blooms of the West, I’m not sure that I will write a book for each sibling. However, I plan to write three, possibly four books depending on how well they do. The other siblings might travel to Cryptic Cove. They haven’t decided yet. Or, if they have, they haven’t told me! Again, I appreciate your support by reading my stories. 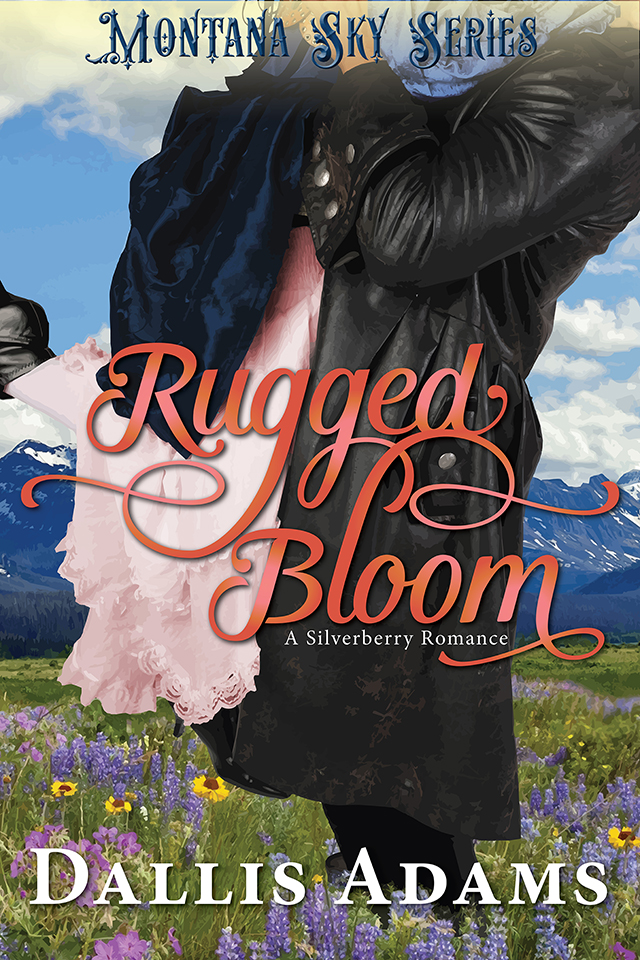 Carnival beauty, Sukey Ledbetter is not the marrying kind. She’s forced to take on a temporary alias as a mail-order bride in order to escape her treacherous uncle who is after her fortunes and intent on locking her up in the lunatic asylum.

Nothing prepares her, however, for the sight of the rugged cowboy who’s to escort her to her supposed-betrothed. Her escort is Coltrane Bloom, a man more powerfully compelling than any she had ever encountered. 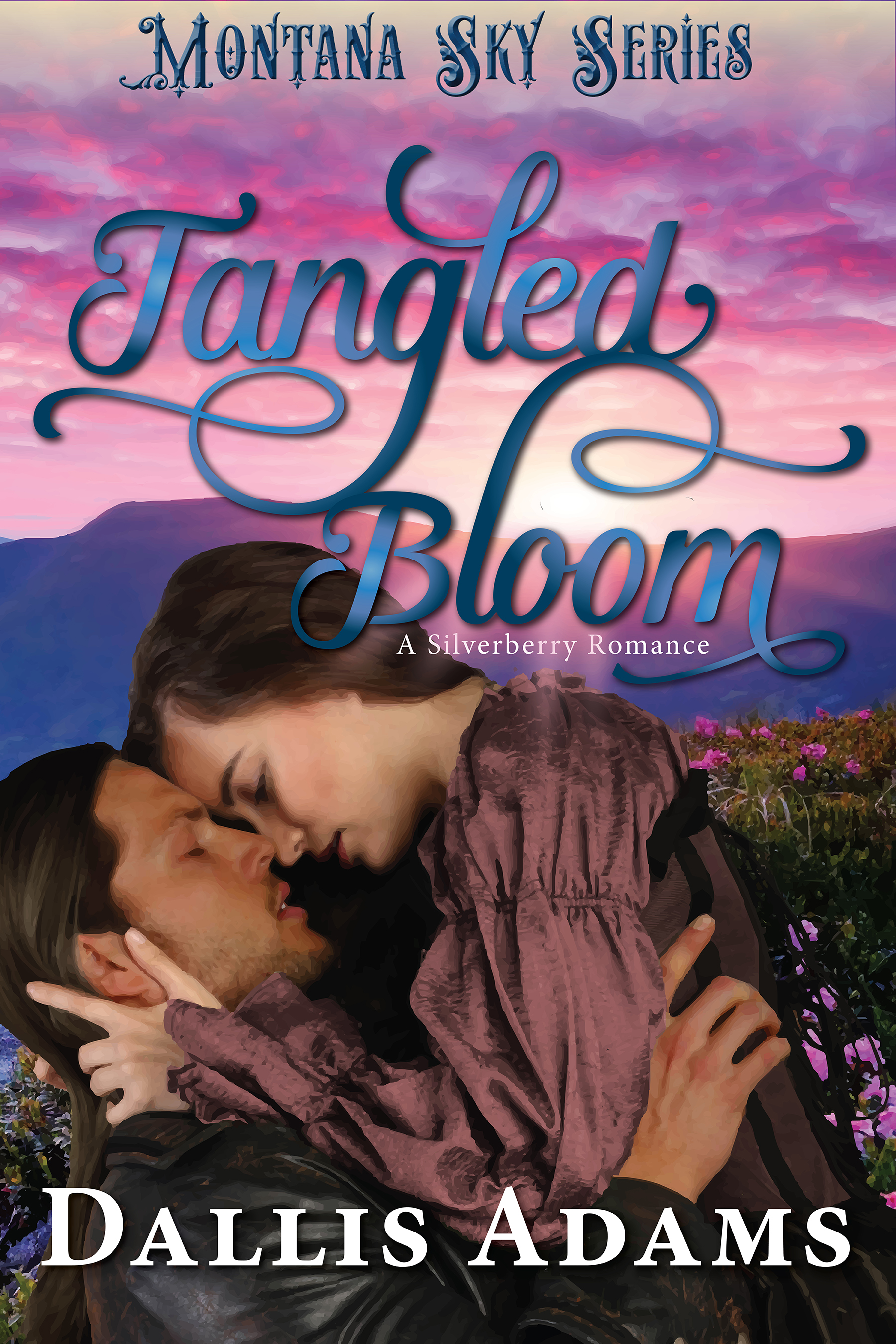 Olivia Brown was Avonaco Bloom’s best friend’s little sister and off limits. Then she was older and Avon didn’t know how to accept this budding woman, especially when she confessed she loved him. He dismissed her, saying she was too young. He left on a scouting job. When he returned she had married his family’s enemy, a Stark.

Now she’s an elusive divorced woman with secrets in those gorgeous eyes. Can he convince her to confide in him, to trust him again not only with her well-being, but especially with the love he so carelessly tossed aside? 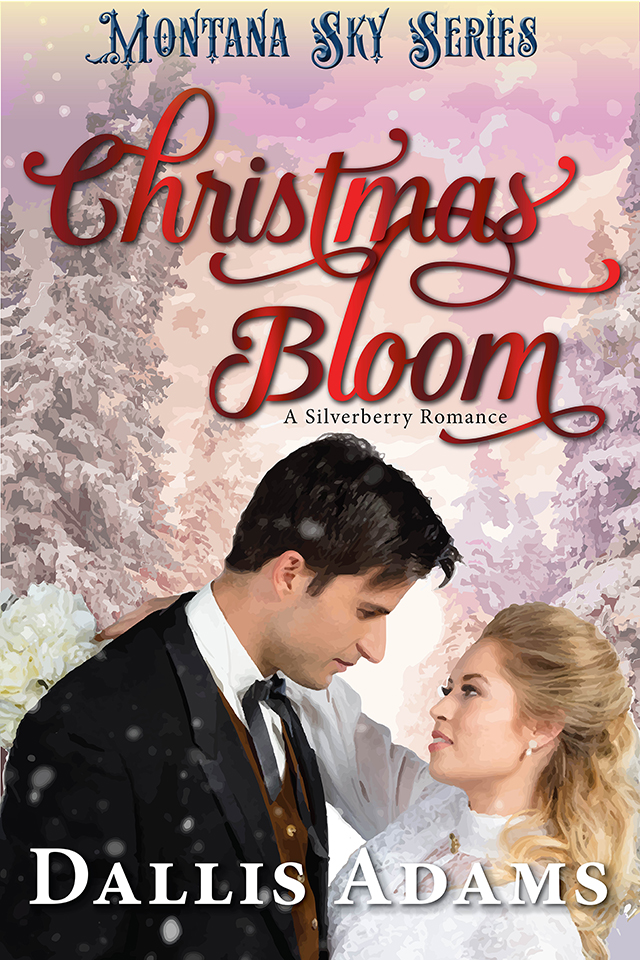 From Smithy Apron to Petticoats…

Arlette Prettie, better known as Arlo, is desperately seeking a temporary husband so she can get custody of her orphaned niece. Wyatt Bloom wants to help Arlo but fears changing the status quo.

However, when Arlo puts on a dress instead of her smithy apron and goggles, he realizes he doesn’t want her to marry anybody else but him.

But can he convince her that his love is more than skin deep, the kind that will last forever?

Hopefully he can convince her she is his everlasting Christmas Bloom.

Brides of Blessings is the name of a series by a group of authors writing about heroes and heroines in a fictitious town during the California Gold Rush. Lynn Winchester, Kari Trumbo, Mimi Milan, Heather Blanton, Danica Favorite and I will be writing the stories. Lynn’s story will be first to be released on January 3, 2018. Mine, which is titled Sweeten the Swindler, is now available.

The Path To His Enemy’s Ruin is Through The Daughter…

To swindle a swindler is Jake’s idea of the ultimate revenge. His nemesis conned away his brother’s miner hat blueprints. In turn, Jake plans to woo his enemy’s bookish niece and then convince her to buy enough shares in Jake’s railroad ponzi scheme to bankrupt the miner hat business. Jake’s Trojan horse is a four-pound carnival trick dog.

Maxine Sweeten is a math whizz at keeping her uncle’s accounts on Pasley Miner’s Hats and dabbling in the stock market. She loves all God’s creatures.

When Jake brings Maxine the supposedly lame-legged terrier, she can’t help but soften toward the rugged stranger with his own emotional wounds that shadow his eyes. Once she realizes Jake is out to ruin both her and her uncle, she’s determined to discover why. His reasons open up a whole new bundle of trouble.

What’s more, she must find a way to heal not only creatures from the forest, but Jake’s wild heart.

Best of the series… so far! Unique cast of characters and story line. No one is who they seem to be, including the dog! Very well written story! Getting even with a cheat is a common theme, but the way Dallis wrote it was totally different! The predictable was unpredictable! Revenge is Sweeten!
Gail Dunham